Verizon Wireless is currently installing 5G cell towers in the right-of-way of major/secondary arterials and neighborhood streets. As of August 31st, 2,352 permits have been either issued or applied for within Marion County. 2017 legislation by the Indiana General Assembly provided the wireless providers with this right. The City of Indianapolis has determined some locations will require variance approvals. To date, PTRA has received four petitions containing various addresses. PTRA will continue these petitions. The link to review an Excel file of all the permits and their status as of August 31st is https://www.indy.gov/activity/small-cell-facilities

Further discussion will be held at PTRA’s meeting.

PTRA meetings are typically held on the second Wednesday of each month. Due to Covid-19 guidelines and restrictions, it may be necessary to alter meeting dates. This month’s meeting is August 12, 2020, at 7:00 PM at the Lions Club Indiana Headquarters, 8780 Purdue Rd. The next meeting is scheduled for September 9, 2020 (tentative), 7:00 PM, location to be determined.

“Good news! Received a call from Trustee Johnson today, we can resume our meetings at the Govt. Center in July! This seems like a long time coming. Looking forward to being “normal” again. Our next meeting will be July 8th.”

NOTICE: This is PTRA’s first meeting since March 11, 2020. Due to recent Executive Orders issued by Governor Holcomb and Mayor Hogsett regarding Covid-19 guidelines and restrictions, we are unable to utilize the Pike Township Government Center. This meeting will be held at the Lions Club Indiana headquarters, 8780 Purdue Road. Parking to the rear of the building; enter through the rear door next to the parking lot. Due to attendance restrictions, the meeting will be limited to 50 attendees with a six-foot seating separation. For land-use cases, should attendance exceed 50, petitioners and residents on a particular case may be asked to remain in the parking lot until the petition is called. 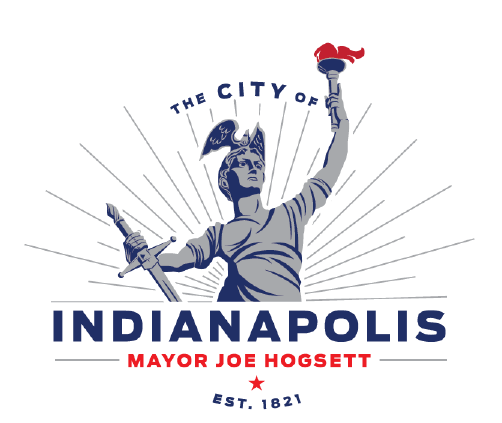 Indy Parks Summer Camp Registration is Open!
We have camps at 12 different parks, including brand new day camps at Windsor Village and Brookside. Payment plans and scholarships are available. And camps are available for kids age 4 to 15!

It’s an awesome way to engage kids this summer! Register at https://bit.ly/2RTZPHu, at your local Parks family center, or by calling 317.327.PARK.

Indy Parks’ camps are accredited by the American Camping Association.

The Indianapolis Department of Public Works and Department of Metropolitan Development will host a discussion about improvements to be made at the intersections of 38th St. at Commercial Dr. and 38th St. at Moller Rd. The project aims to reduce traffic congestion and enhance multimodal accessibility through the use of dedicated turn lanes, sidewalks, crosswalks and a 10-foot wide multimodal path.

Construction at the intersections is tentatively planned for spring-autumn of 2020. The estimated cost of the project, which is currently in the design phase, is $200,000.

A public discussion about the intersection improvements will take place at Eagle Branch Library (3905 Moller Rd.) on Tuesday, Jan. 28 from 4:30-6 p.m. Members of the public are invited to attend to share feedback and ask questions about the latest project launched in the International Marketplace. 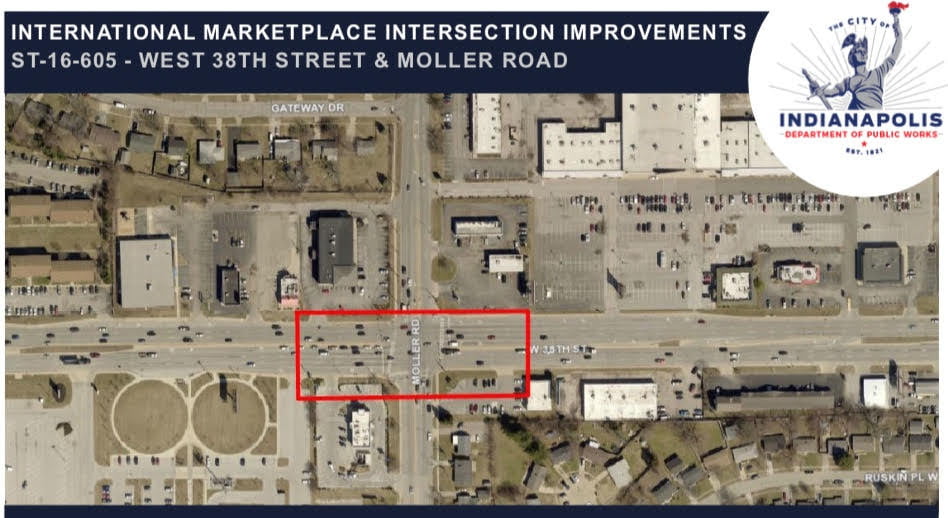 The Pike Township Residents Association (PTRA) received notice that the old farm property at the corner of 79th & Marsh Road, adjacent to Normandy Farms (7802 Marsh Road) has filed a request to rezone 15.052 acres at the southwest corner. They are requesting a rezone from D-1 (Dwelling-1 unit per acre) to D-A (Dwelling-Agricultural). This request proposes to utilize this property for agricultural activities, particularly the growing of hemp. The existing D-1 zoning classification does not permit farming, which is why the rezone to D-A is requested.

If you are interested in or have concerns about what has been happening at the old farm at the corner of 79th & Marsh Road please plan to attend the PTRA meeting on February 12 @ 7:00pm at Pike Township Government Center located at 5665 Lafayette Road.

This year, the Eagle Creek Park Foundation is supporting $38,600 of our park wish list! We couldn’t be more excited!!! The funding will support the purchase of an Avant Loader trail machine, raptor food grant ($2k of frozen rats, chicks, quail), Wildflower Weekend special event ($1.6k budget), stipend for volunteer appreciation events ($700), and staff trainings ($1,500), yay! 2020 is going to be a great year, thank you ECPF!

Monday and Tuesday night, IMPD will conduct a field training exercise at Eagle Creek Park, utilizing our facilities while the park is closed. We are happy to provide a safe place for the IMPD recruits to get their final training before hitting the streets. Best of luck to the 2019 recruit class! Thank you Park Rangers for the coordination and support of the FTX.

INDIANAPOLIS – One year since Mayor Joe Hogsett joined Indianapolis Power and Light (IPL) and community leaders on the northeast side to launch the second phase of Operation Night, more than 1,000 new lights have been approved for installation throughout Marion County. In addition, more than 14,000 streetlights have been converted to LED technology, bringing clearer, brighter light to neighborhoods throughout Indianapolis.

“We launched Operation Night Light in 2016 with the goal of increasing public safety for residents and achieving cost and energy savings for the City of Indianapolis,” said Mayor Joe Hogsett. “Today we are proud to announce that, thanks to stakeholder collaboration and community engagement, we have brightened dozens of areas throughout our city that have been too dark for too long by installing brand new lights and bringing existing streetlights up to 21st century technology standards.”

Mayor Hogsett’s Operation Night Light ended a 35-year moratorium on new city streetlights – a moratorium that left residents in the dark in many portions of the community. The first phase of the initiative began with the installation of 100 lights in 2016 and will eventually bring up to 4,000 new streetlights to neighborhoods throughout the city by 2025.

The city has approved 912 new streetlights throughout Marion County since October 2018, in addition to the initial 100 new lights. Once approved by the city, project partner IPL installs the streetlights as materials are available, which can sometimes take several weeks. As of this week, IPL crews had also retrofitted 14,740 existing lights to more energy-efficient LED lights – more than 52% of all city-paid, traditional streetlights.

The retrofit started in April 2018 and will continue throughout Indianapolis through spring 2021 with the goal of converting more than 27,000 cobra head streetlights. As savings are realized from the conversion to the more energy-efficient lights, the city reinvests in new streetlights, taking into consideration darkness level of the area, pedestrian and public safety, and community input.

The Pike Township Residents Association, Inc. (PTRA) is a non-profit organization founded in 1972 that provides a forum for Pike Township neighbors to discuss regional and local neighborhood concerns such as land use, development, parks and recreation, transportation, schools, drainage and sewage problems, water supply, area beautification, etc. PTRA serves as an umbrella organization for local neighborhood associations as well as serving the needs of individual residents and businesses. PTRA meets on the second Wednesday of each month at 7:00 PM at the Pike Township Government Center (5665 Lafayette Road) and this meeting is open to the public.