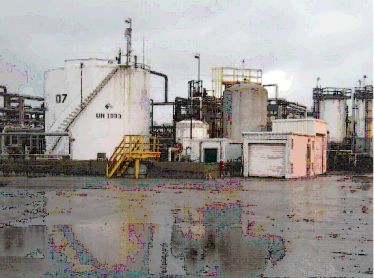 Cleanup of the ESI Environmental Inc. site was recently completed by a group of companies considered potentially responsible for the contamination. The companies were doing the cleanup in response to a legal agreement they signed in 2011. On Oct. 9, 2012, the U.S. Environmental Protection Agency issued a notice of completion letter to the companies stating that all of the requirements listed in the agreement had been met.

ESI was a commercial used oil and wastewater treatment facility that filed for bankruptcy on Oct. 1, 2010. EPA started a cleanup of the facility in October 2010. In April 2011, the group of companies, called a PRP group, took over the cleanup in response to the legal agreement.
For more information about the ESI cleanup contact the EPA On-Scene Coordinator Verneta Simon at 800-621-8431, Ext. 63601, 9:30 a.m. – 5:30 p.m., weekdays, or simon.verneta@epa.gov

The Pike Township Residents Association, Inc. (PTRA) is a non-profit organization founded in 1972 that provides a forum for Pike Township neighbors to discuss regional and local neighborhood concerns such as land use, development, parks and recreation, transportation, schools, drainage and sewage problems, water supply, area beautification, etc. PTRA serves as an umbrella organization for local neighborhood associations as well as serving the needs of individual residents and businesses. PTRA meets on the second Wednesday of each month at 7:00 PM at the Pike Township Government Center (5665 Lafayette Road) and this meeting is open to the public.